RORY SIEGEL PHOTOGRAPHY - PHOTOS FOR THOSE THAT LOVE LIFE! 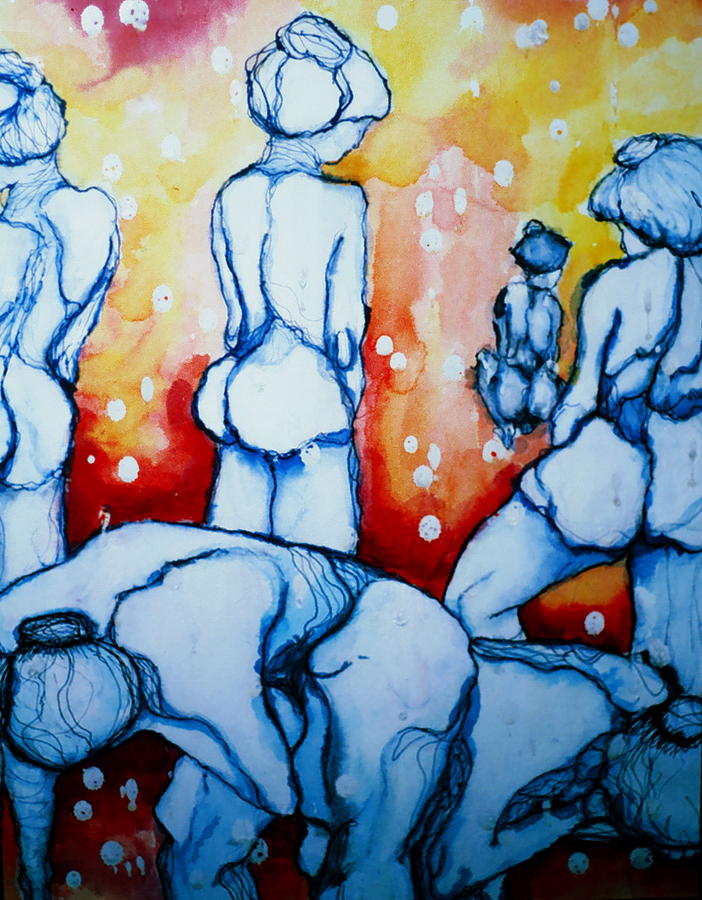 How Many Tears Will It Take?

How Many Tears Will It Take?

Some say the world will end in fire,
Some say in ice.
From what I've tasted of desire
I hold with those who favor fire.
But if it had to perish twice,
I think I know enough of hate
To say that for destruction ice
Is also great
And would suffice.

From "Fire And Ice" by Robert Frost

WOW Rory! I didn't know you were such a talented artist. This is wonderful, I love it!

You made my day Melissa...thank you!

Thank you Lori...nice to meet you!

Your wonderful figures and bright colors immediately caught my attention, Rory. Your poem added to the understanding. It is thought provoking and powerful. Well done. f/v

Thank you very much AnnaJo....I greatly appreciate your kind comments!

Thank you so much Studio Tolere. Your perceptive comments are greatly appreciated!

Beautifully drawn, strong imagery and compositiion, well selected verse. The lightness of color of the air/ sky speaks beauty in each heart despite the travail and sorrow being endured. f v

Thank you very much John for your kind comments!

Forgot to mention...love the title!

Thank you very much Cassie!

Beautiful! So much emotion.

I see that you are one for balance...guffaw!! Great comment Michel...and thank you!

Thank you so much dear Ana for your kind comments! Yes, this certainly speaks to the polarities that we all get to deal with here. Frankly, I am relishing our evolution into a state of consciousness where such polarity is a thing of the past, lol!

Thank you so much Evelina...I am glad you do!

Thank you Nancy....I am so glad you like it!

This is a wonderful, thought-provoking piece! Love the colorful background with blue figures.

I love the feeling in this work, also your style! V/f

Thank you Marita for the lovely compliments!

This has a great look to it. Very interesting and dramatic!

I appreciate your comments very much Susanne! Nice to meet you!

Walter, you are so kind! I greatly appreciate you taking the time to look at some of my work and comment!

WHAT AN INCREDIBLE PIECE RORY !!!!!...every bit of what Jolanta said too ! FV

Well Bob...you blew my socks off with that comment...Thank you!!! High praise from an artist whose work I love and respect! Can the day get any better, lol?